Today we drove 100 miles south from Baton Rouge to New Orleans. We had two primary objectives: for Rick to see the beauty and uniqueness of the French Quarter (that Lisa remembered from her trip there pre-Katrina) and to see firsthand the impact of hurricanes Katrina and Rita on the area. We found that the devastation of the hurricanes dominated the experience and impacted us significantly.

The drive to New Orleans was fun. We rented a convertible (a much easier drive and park than our monster truck with duallies) and cruised through the bayous. The roads are elevated above the wetlands which are lush with vegetation and spotted with small cabins and a dock or two.

Our first stop was in the French Quarter. We were overwhelmed with the number of people walking around and the general “empty” feeling it had. All the external signs of life were there with the ornate architecture and Cajun feel. But it felt shallow and uncomfortable. We ate at a popular restaurant and the buffet was excellent. We particularly enjoyed the shrimp étouffée and jambalaya. Unmotivated to see anymore of the French Quarter, we left and headed north and east of the area.

We soon found our way to the 9th Ward where we were stunned. It reminded us of a third world country. There were homes with the X’s marking the date rescuers searched the house, piles of debris in the middle of the road, and house after house boarded up or in disrepair. Yes, we did see some homes that had been cleaned up and repaired but these were the vast minority. And yes, people are living there in the dilapidated homes and in FEMA trailers.

As we traveled into other areas, we saw more and more white FEMA trailers. Half the size of our RV, these trailers are parked in the front yard of many houses and are home to entire families! We saw many subdivisions (similar to those we’d see at home with paved streets, sidewalks, and similar style homes) but most of the homes had white trailers in the front yards! TWO YEARS LATER. We also saw couontless businesses and compleses that were closed up including banks, churches, schools, apartment complexes, restaurants, and even a Wal-Mart. The once bustling Six Flags type amusement park was empty and sitting vacant and quiet.

It was sad and depressing. We understand how and why some families who evacuated to other cities have elected to not return. We were later told by locals that the French Quarter was not flooded and therefore many people gravitated to the area. As a result, negative emotions and crime have climbed higher. That’s probably what we experienced when we first arrived.

We took countless photos and paired them down the best we could. No matter how graphic, the photos don’t communicate the devastation. It’s something that the people of New Orleans and Louisiana will live with for many years to come. 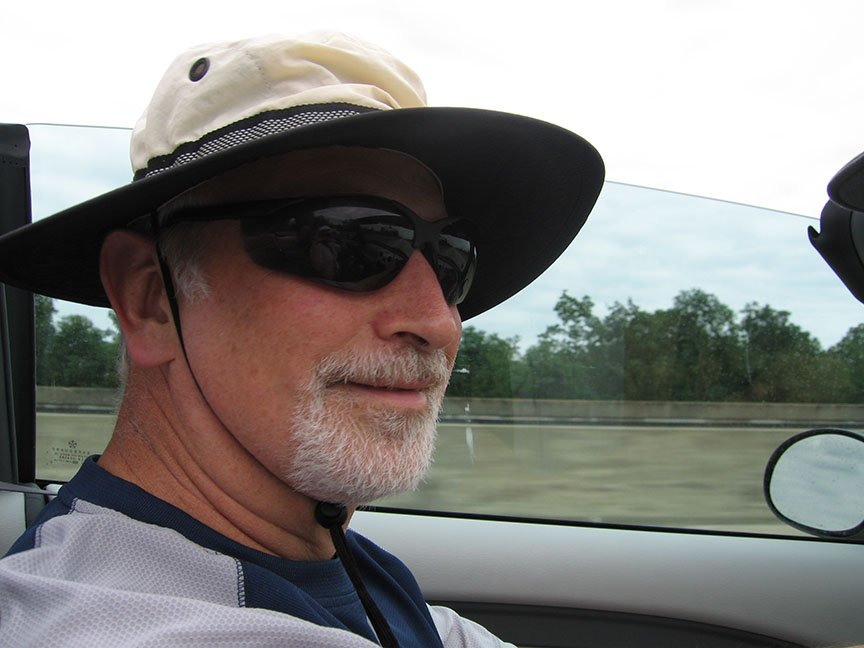 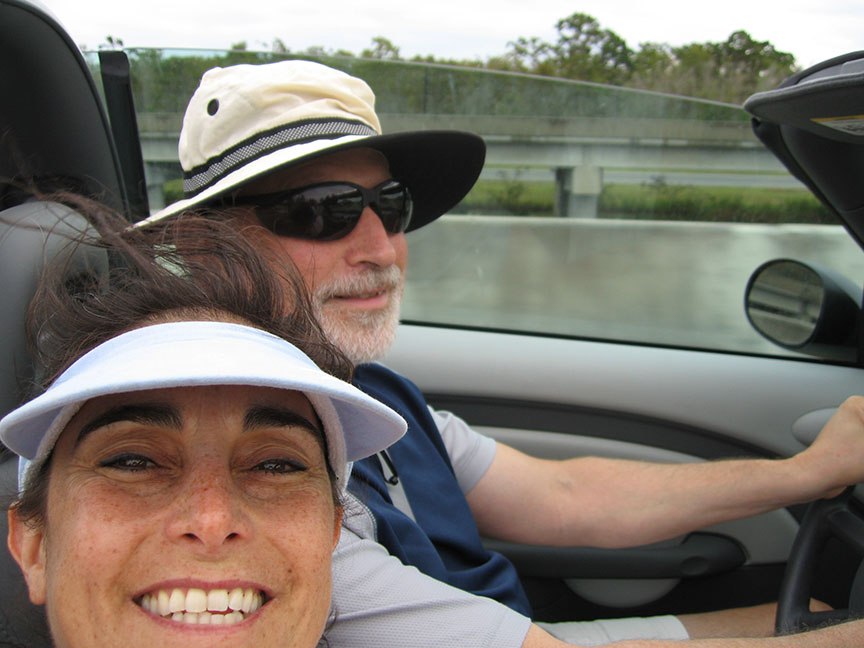 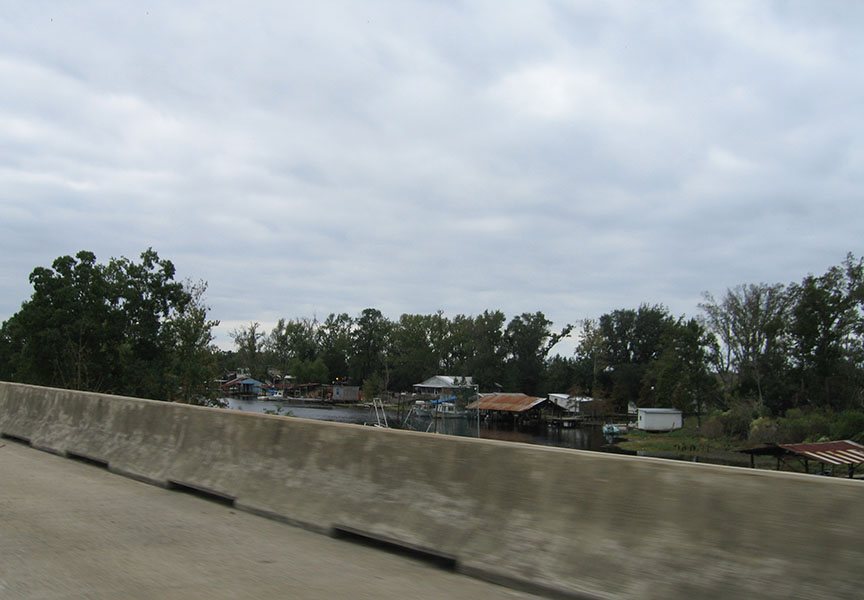 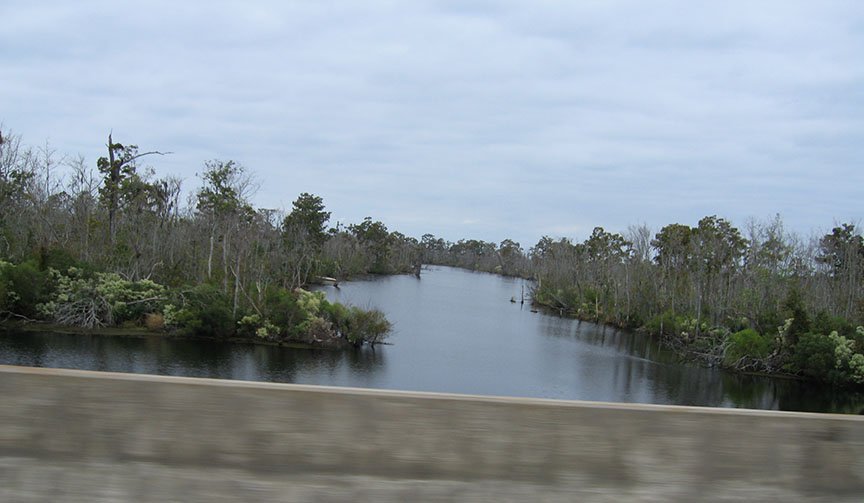 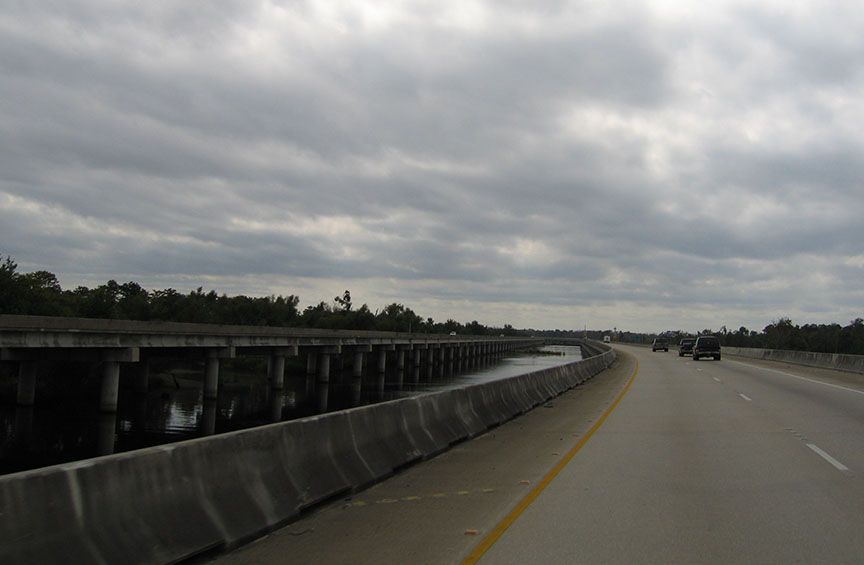 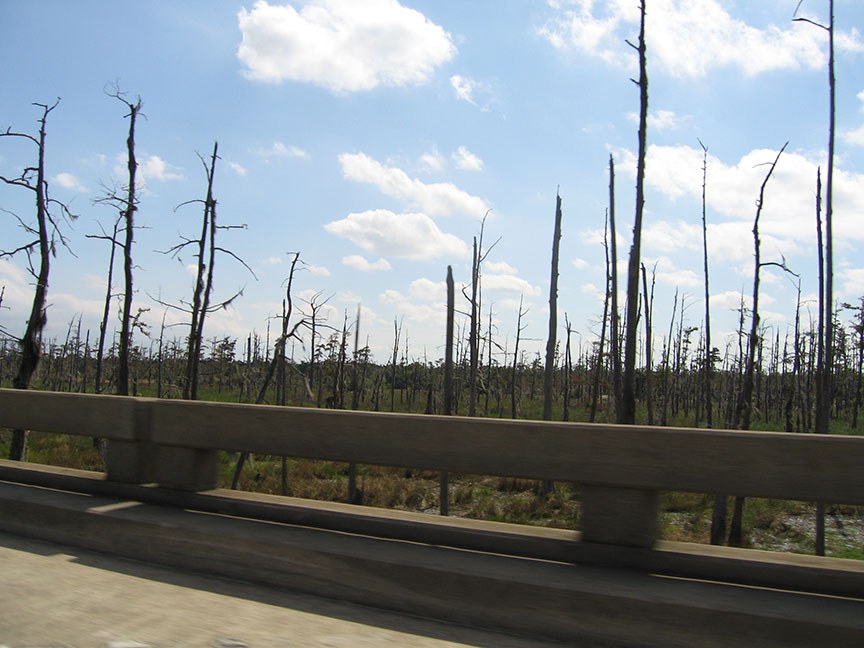 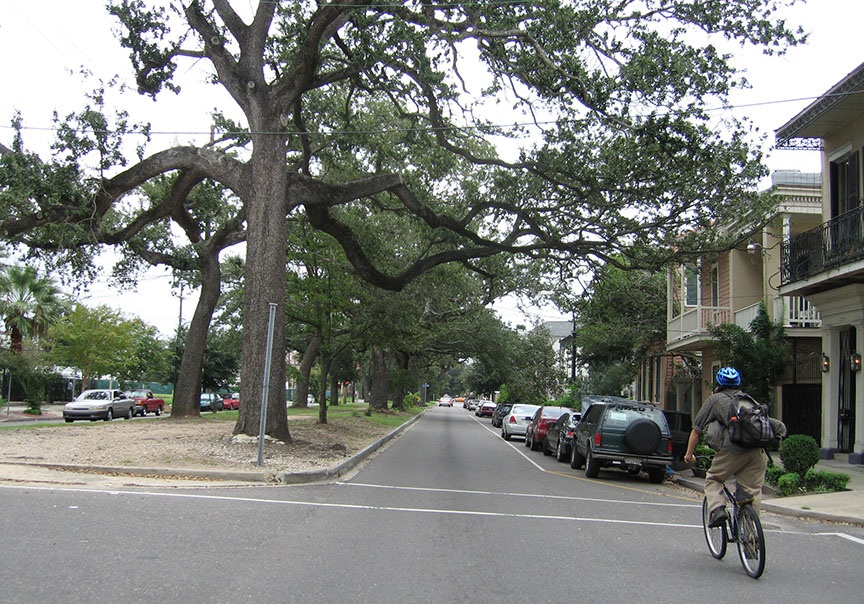 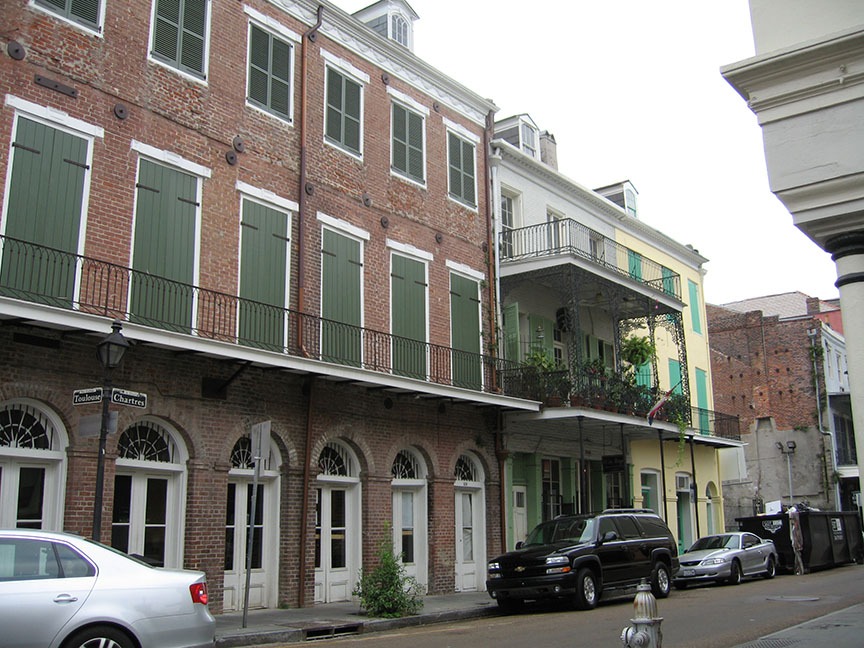 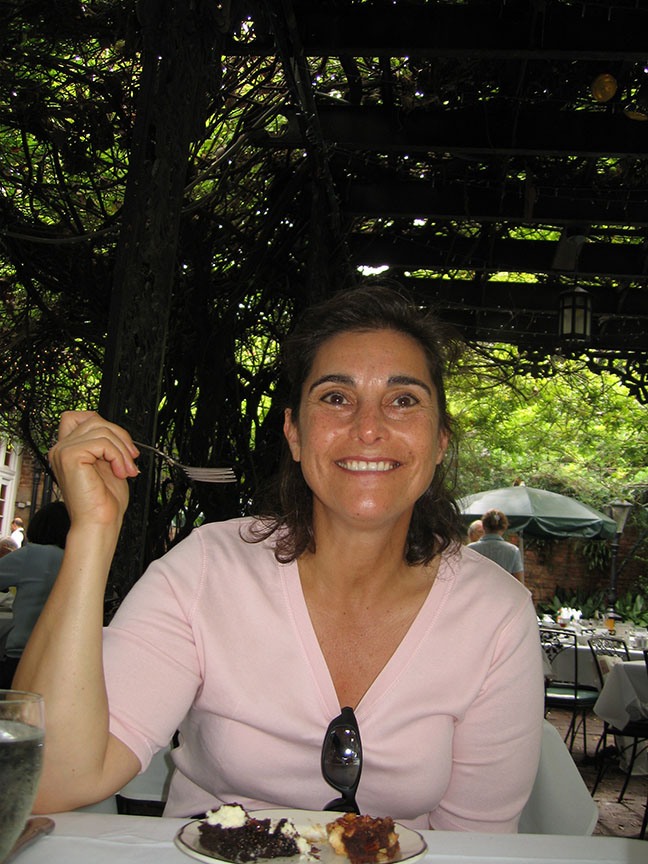 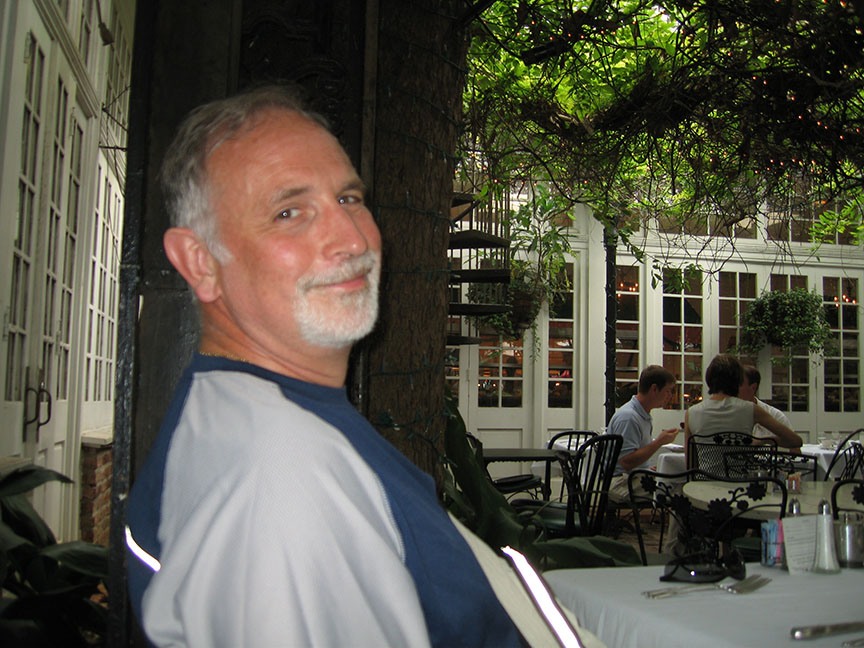 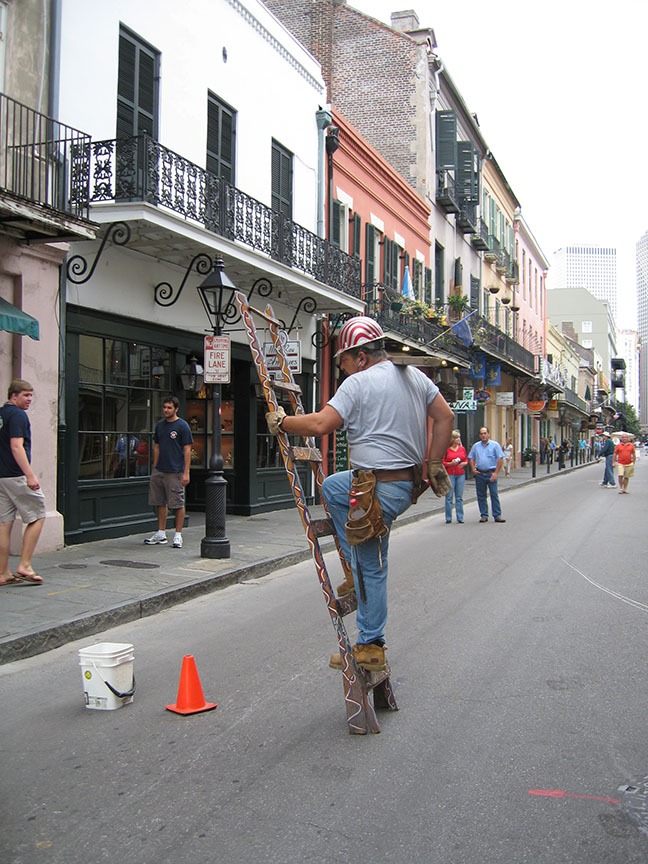 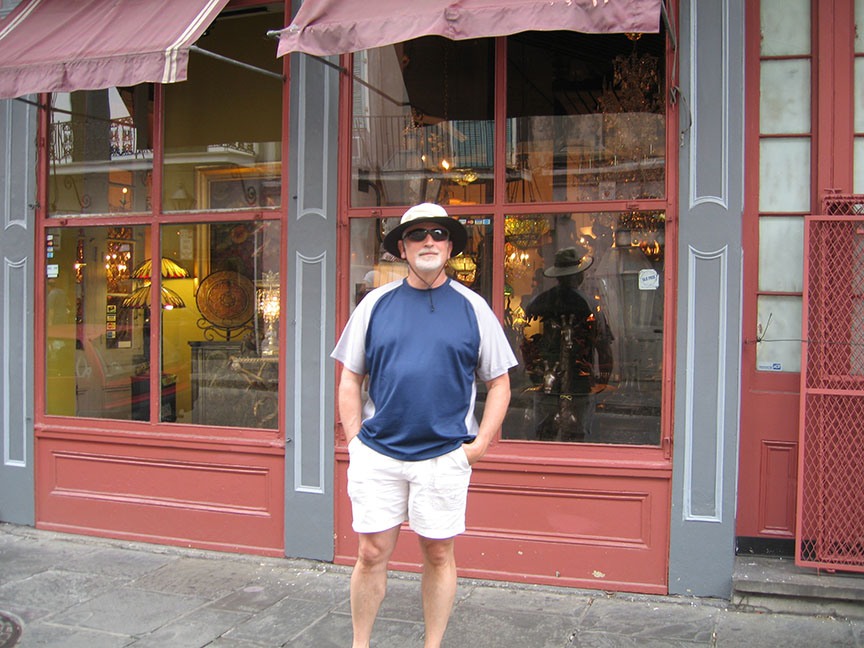 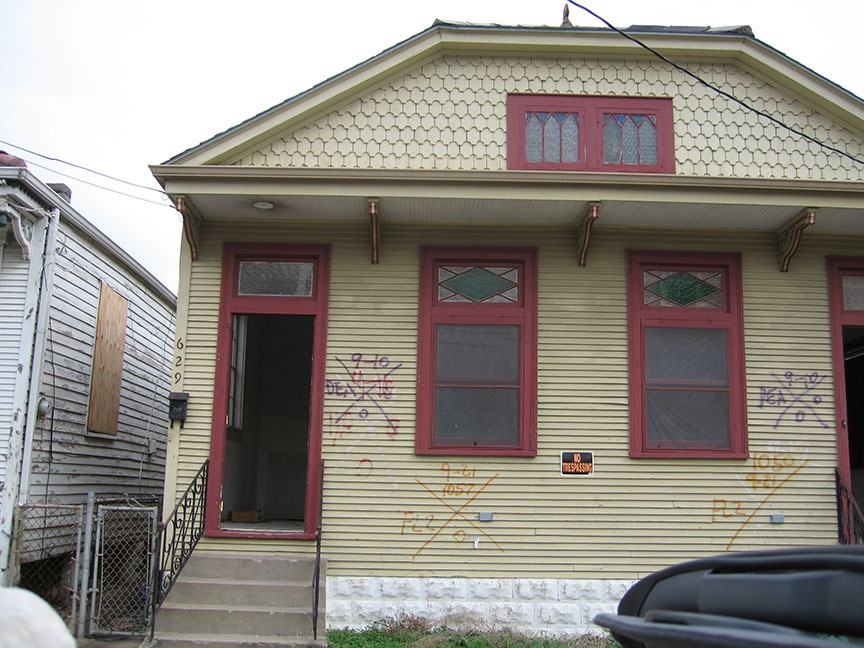 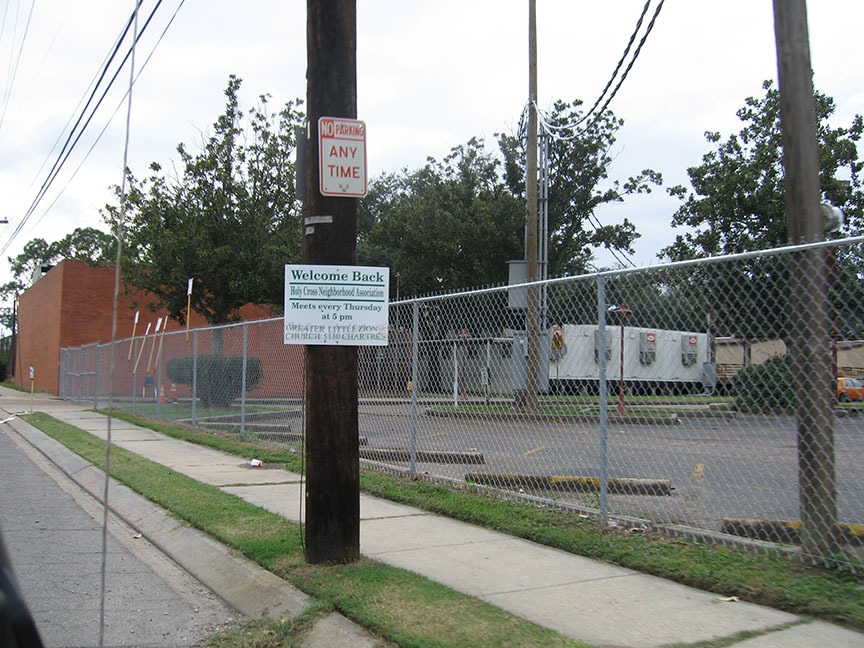 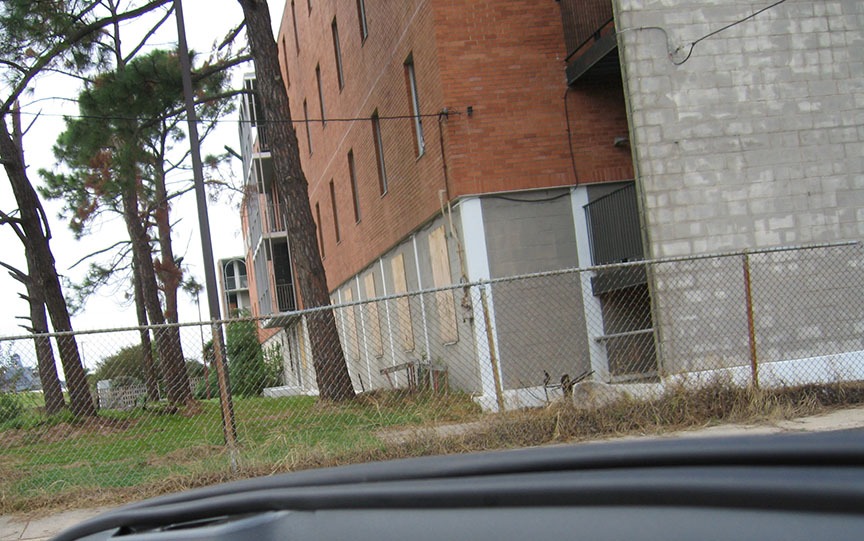 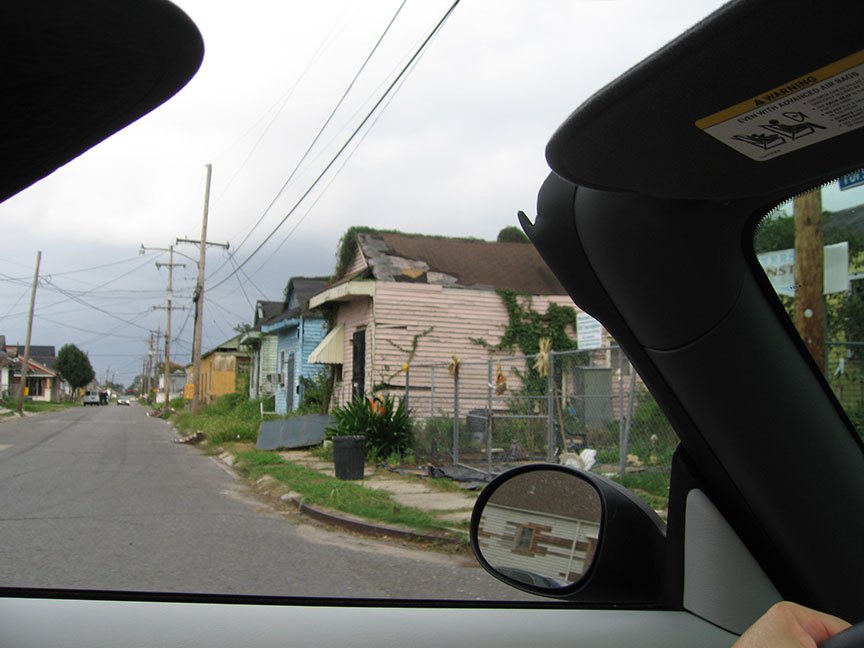 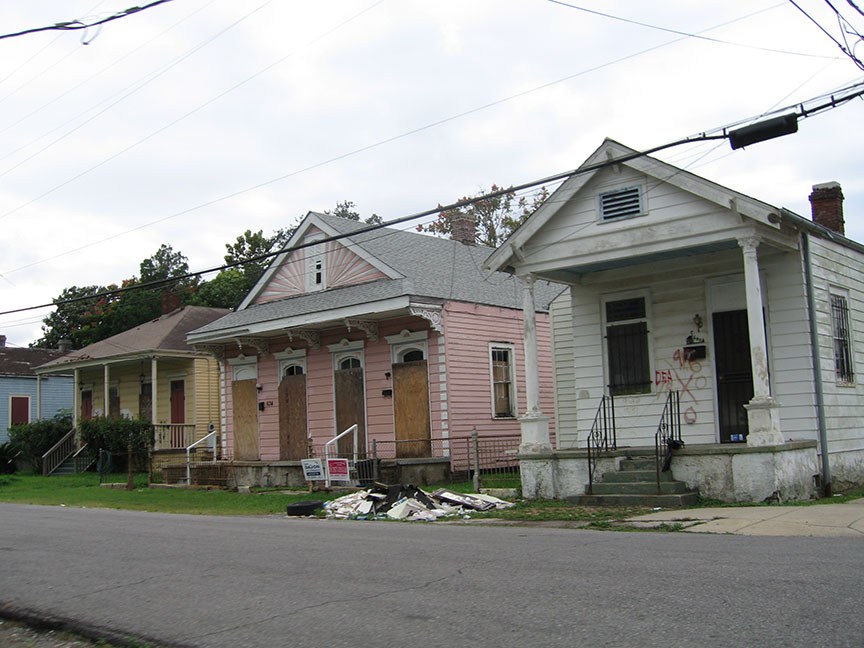 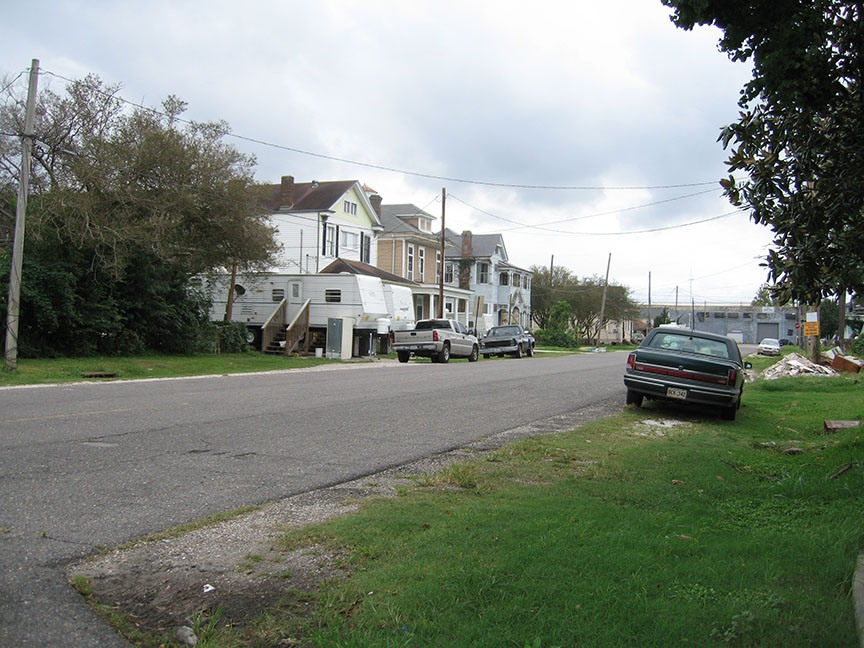 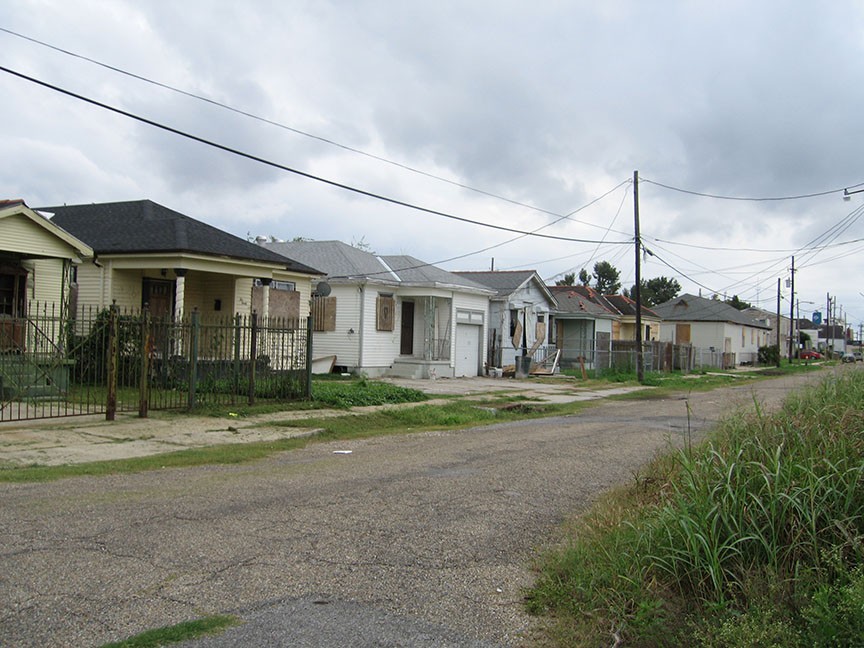 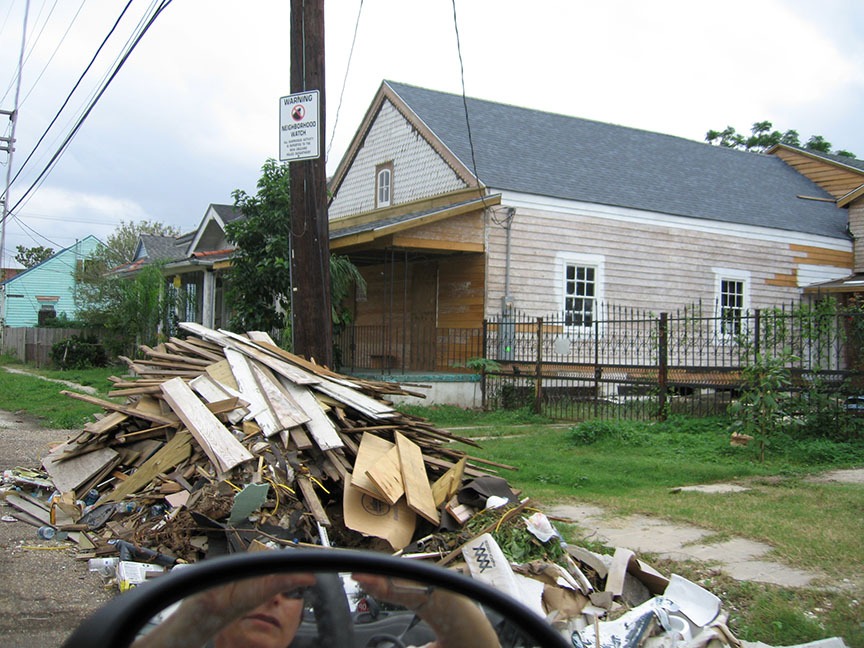 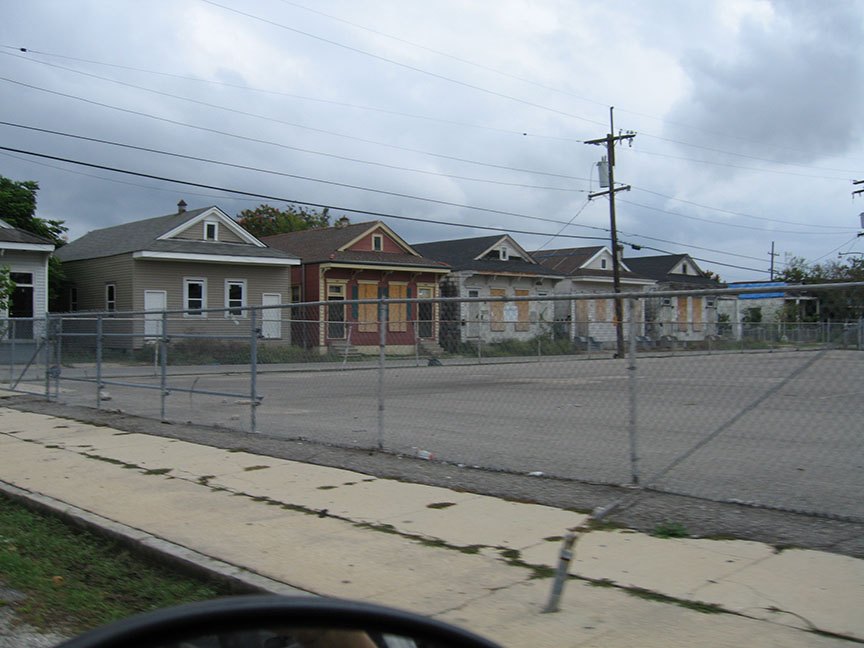 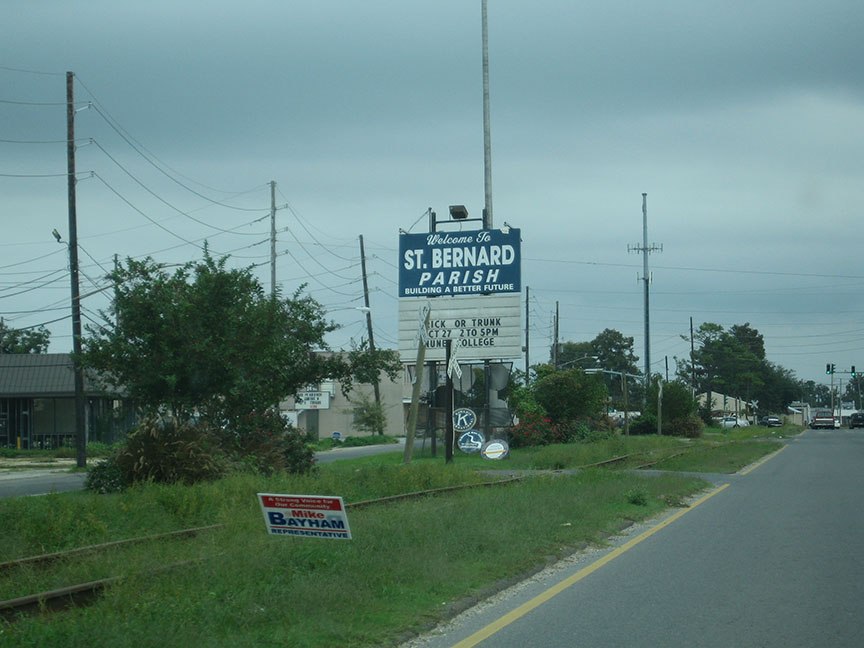 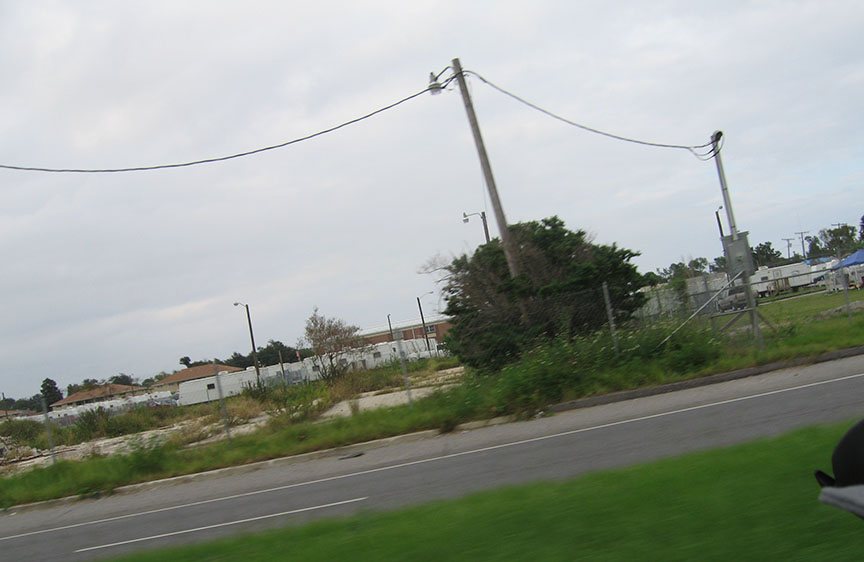 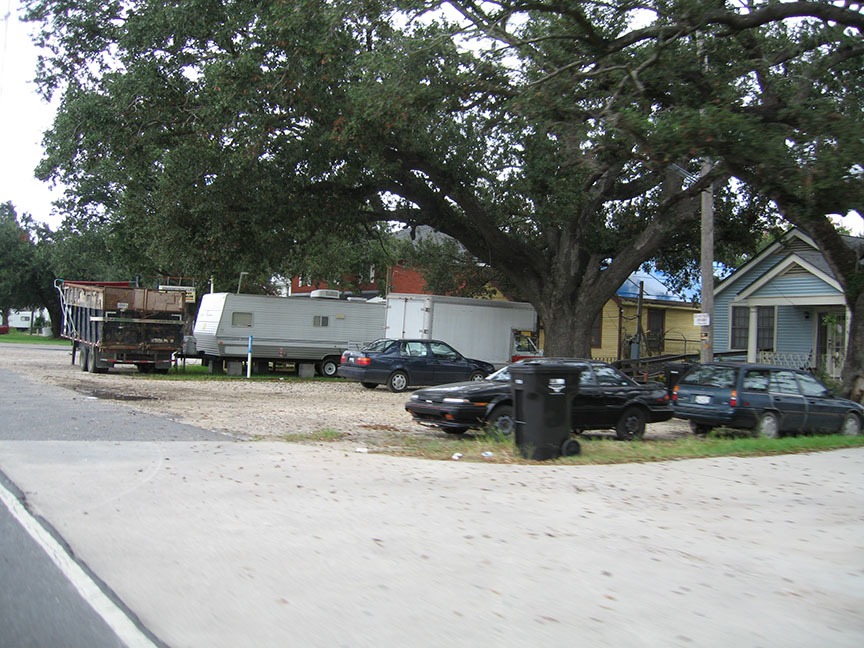 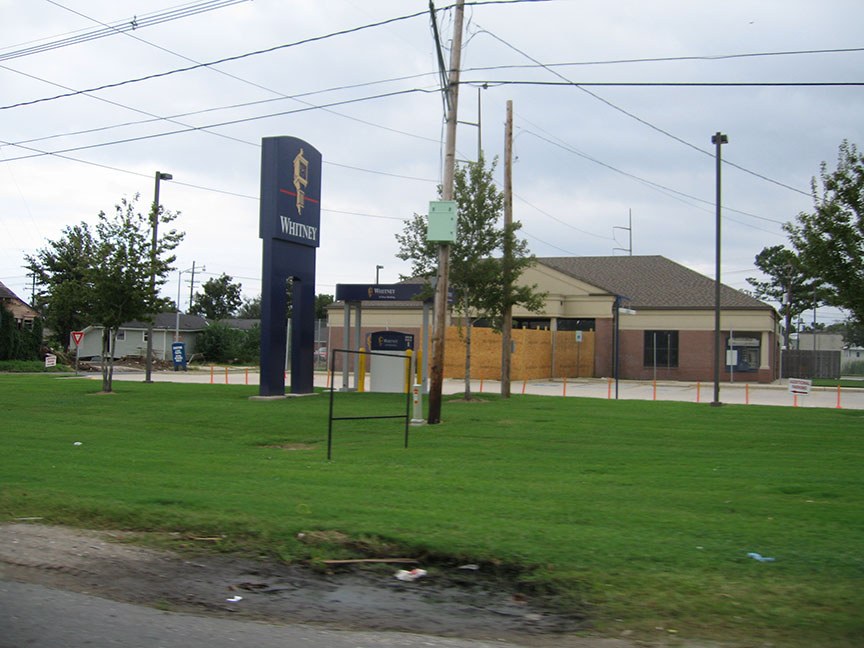 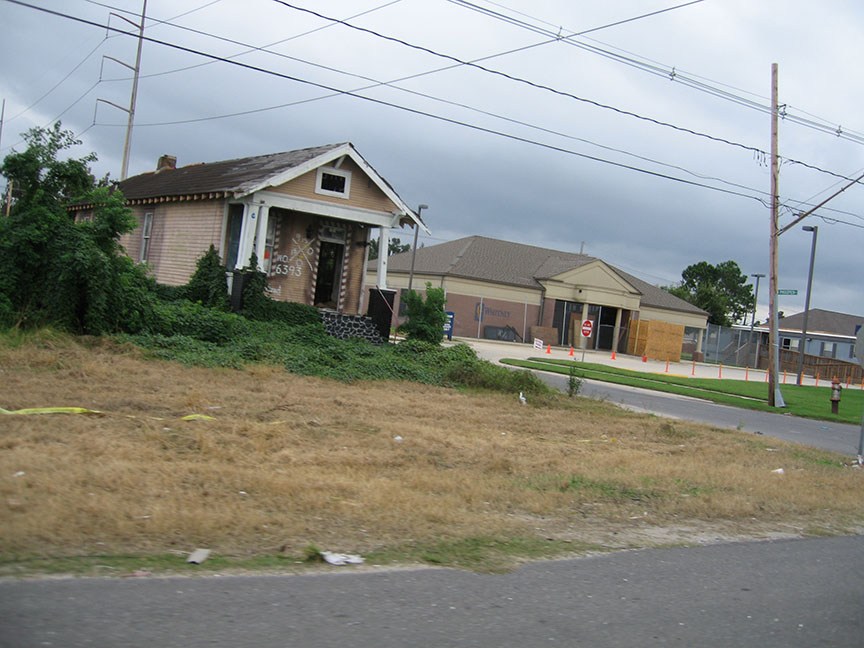 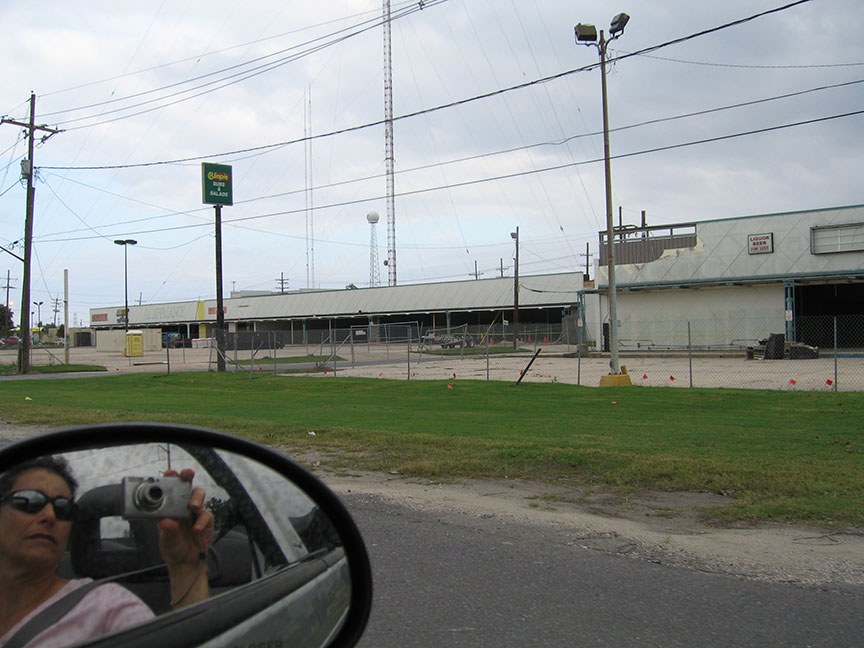 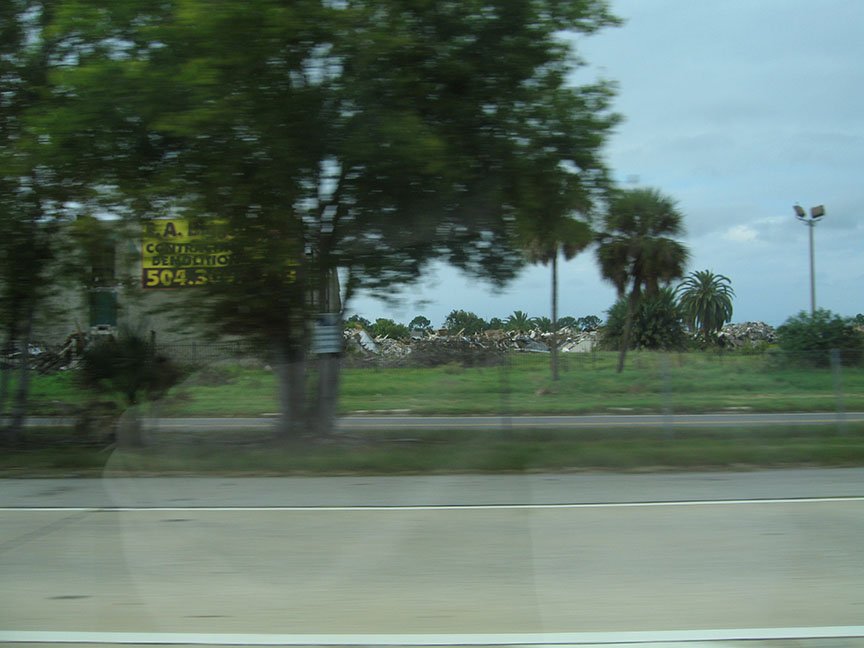 New Orleans is a major United States port city and the largest city in Louisiana.

New Orleans is located in Southeastern Louisiana along the Mississippi River. The city is bordered by Lake Pontchartrain to the north and the Gulf of Mexico to the east and is coextensive with Orleans Parish. It is named after Philippe II, Duc d’Orléans, Regent of France, and is one of the oldest cities in the United States. New Orleans is known for its multicultural heritage as well as its music and cuisine and is considered the birthplace of jazz.

Its status as a world-famous tourist destination is due in part to its architecture, music, cuisine, its annual Mardi Gras, and other celebrations and festivals. The city is often referred to as “The Most unique city in America.”

The Greater new Orleans population was approximately 1.4 million people prior to the flooding caused by Hurricane Katrina. The metro area has rebounded to 1.2 million in December 2006. The Greater New Orleans area is still Louisiana’s largest urban center. The population of the city itself was 484,674 according to the 2000 U.S. Census. The population estimate just before Katrina hit was 454,865 as of July 1, 2005. Hurricane Katrina flooded 80% of the city in August 2005, reducing the population temporarily to perhaps 90,000. A population analysis released in August 2007 estimated the population to be 273,000, 60% of the pre-Katrina population and an increase of about 50,000 since July 2006. A September 2007 report by The Greater New Orleans Community Data Center, which tracks population based on U.S. Postal Service figures found that in August 2007 just over 137,000 households received mail. That compares with about 198,000 households in July 2005 for a figure of about 70% of pre-Katrina population.