We turned the “corner” today and we’re headed west for the rest of our trip! We drove from Georgia south to Jacksonville, Florida and then WEST on Highway 10 to Tallahassee. It was a smooth day with a couple of exciting adventures.

First thing in the morning we were greeted by a delegation of tiny sugar ants. They were everywhere! We found that they accessed the RV through the access panels. Lucky for us, someone at the RV site in Tallahassee was a veteran of a long ant war and had just the stuff. We drove to Home Depot and stocked up. (P.S. within two days they were gone.)

We decided to try our luck at a local truck stop on Highway 10. Mistake, big mistake! The Red Onion Grill not only did NOT have red onions but they gooped their omelets in a pound of processed American cheese. Yuck. The gas station did have great vehicle washing facilities though. Rick cleaned the “love bugs” off the front of the 5th wheel. 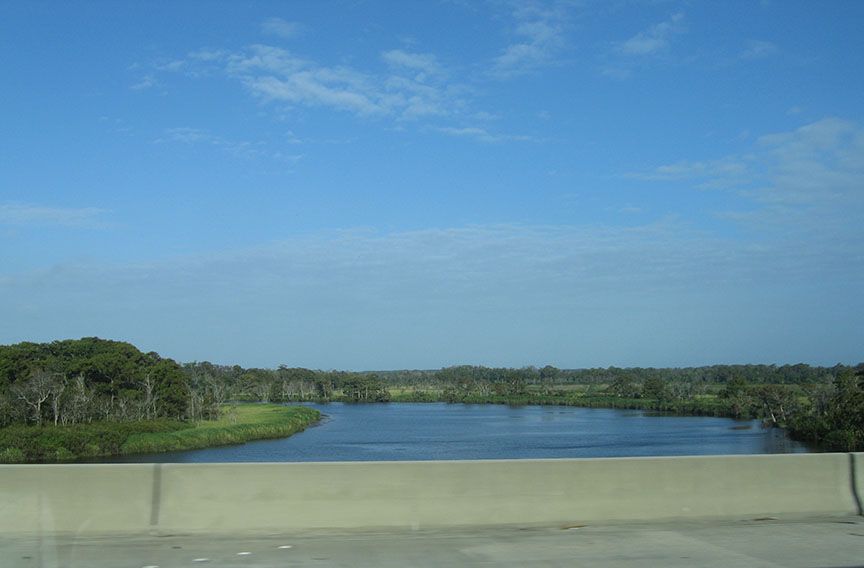 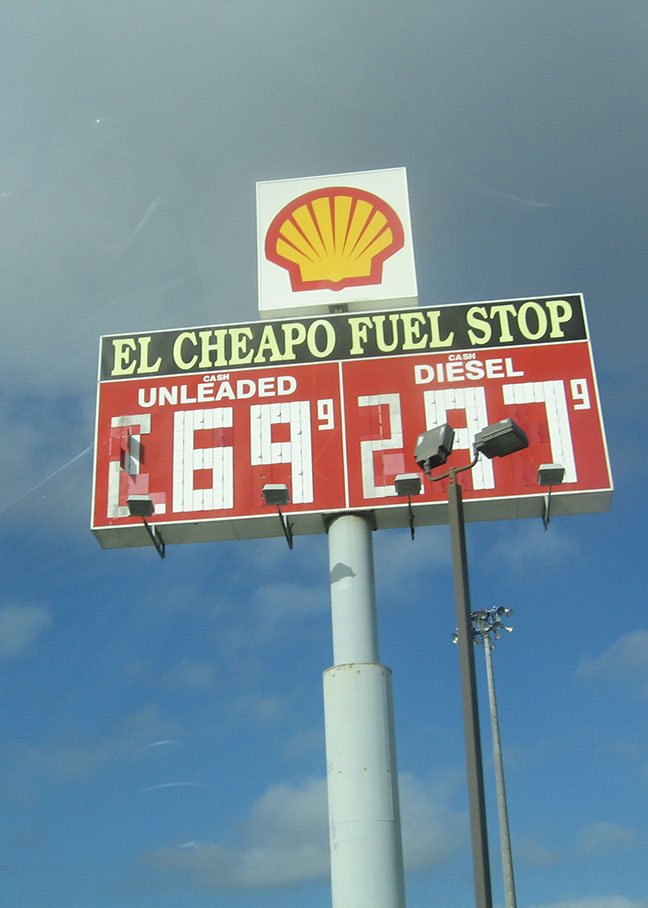 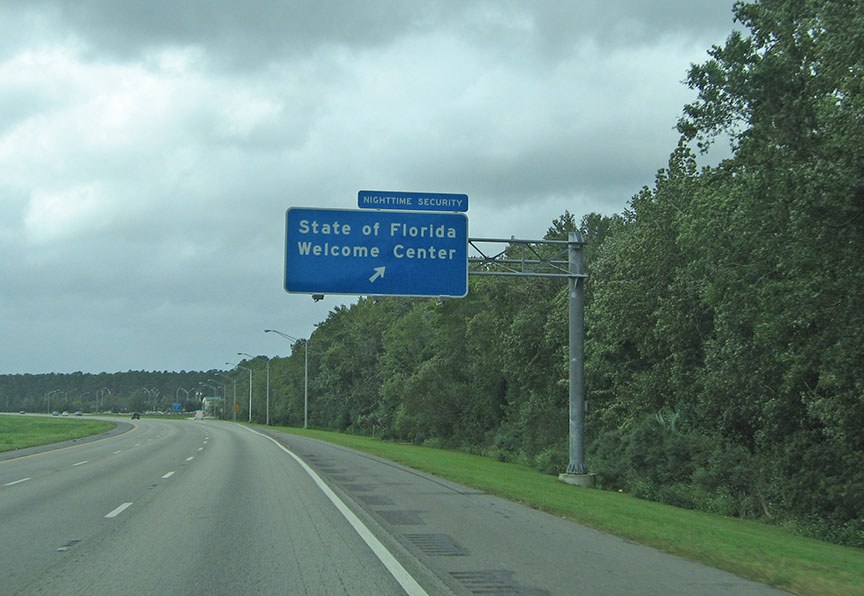 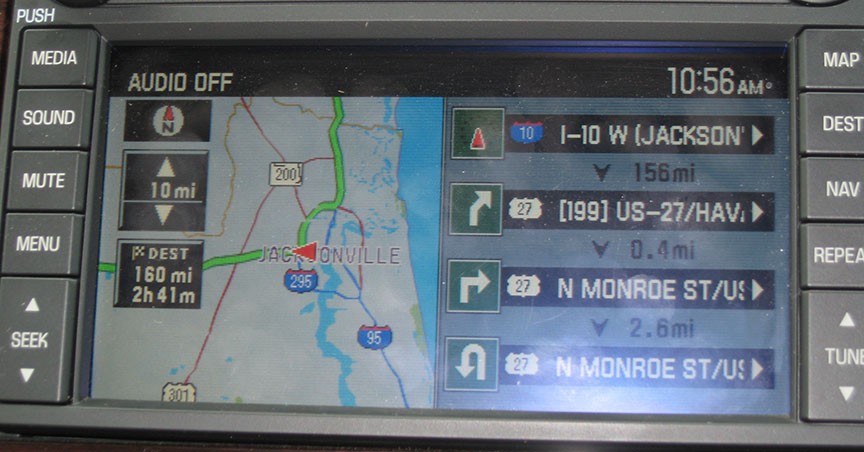 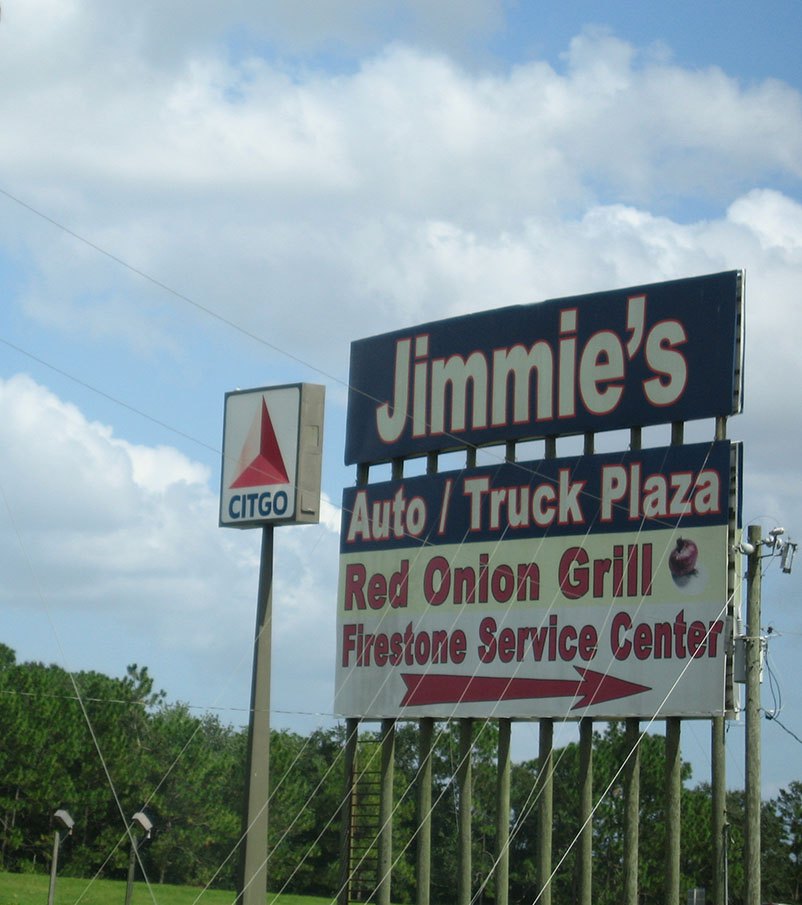 The name “Tallahassee” is a Muskogean Indian word often translated as “abandoned fields” or “old fields” or “old town”. This likely stems from the Creek (late called Seminole) Indians that migrated from Georgia and Alabama into this region during the late 18th and early 19th centuries. Upon arrival, they found large areas of cleared lands that had previously been occupied by the Apalachee tribe.