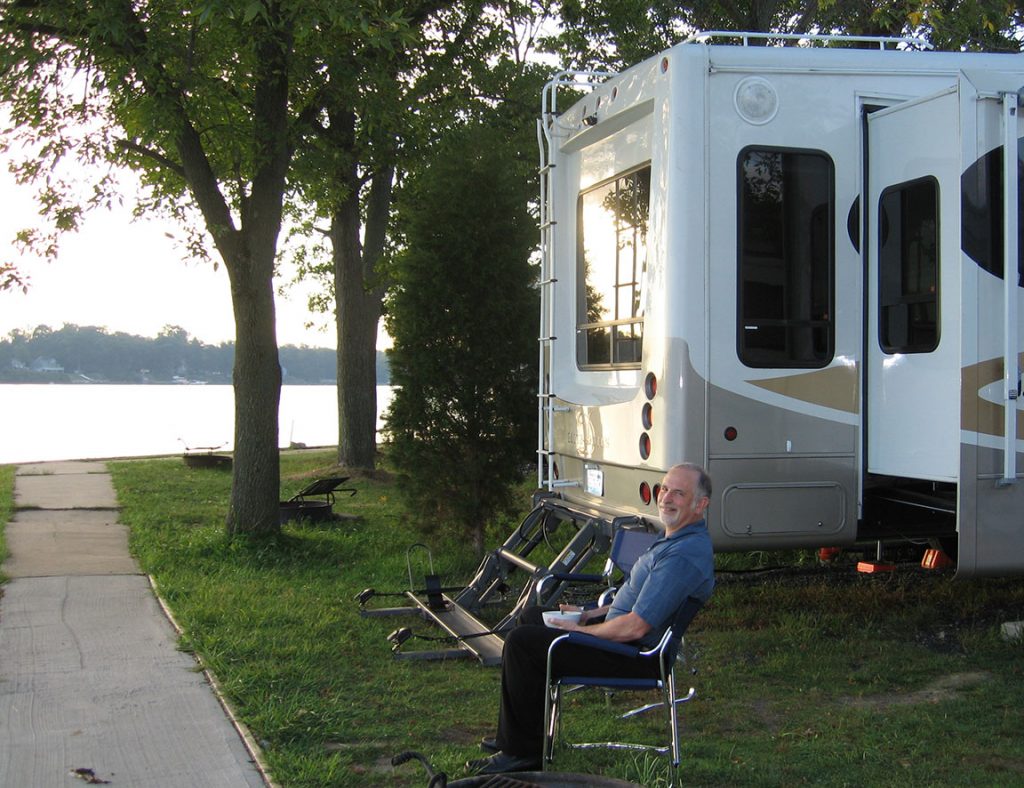 Rick enjoying an early morning reflection in our beautiful backyard.

Today was a great day. After working closely with Maryland’s Implementation Team, we collectively presented version 5 at the DORS Statewide Supervisor’s meeting. Sue Schaffer, a strong AWARE advocate, opened the presentation by sharing her experience in seeing v5 for the first time the day before. She said she really understood the impact of v5 when she went back to her office and “had to use clunky v4 to do a case review!” We then showed the supervisors the big deal changes and answered their questions. It was a lot of fun! Adele Connolly and Marcy Roberts from DORS “drove” the computer and showed how comfortable they were after only a couple days of a training. We also had a chance to talk up with some of the initial implementation team including EC Townsend, Ron Winter, Polly Huston, and the Director, Bob Burns. 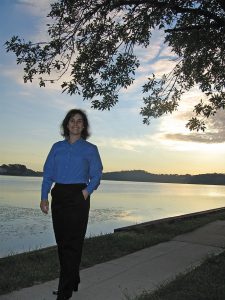 Lisa at the bay.

When we returned to our “home away from home,” the shores of the Chesapeake were there to greet us. The temperature was in the low 70’s and the sun set with a slight breeze. Beautiful!

Baltimore is an independent city located in the state of Maryland in the United States of America. As of 2006, the population of Baltimore City was 631,366. The city is a major U.S. seaport, situated closer to major Midwestern markets than any other major seaport on the East Coast. Once an industrial town with an economic base in manufacturing, Baltimore’s economy has no shifted primarily to a service sector-oriented, with its largest employer no longer Bethlehem Steel but The Johns Hopkins University and The Johns Hopkins Hospital.

During the 17th century, various towns called “Baltimore” were founded as commercial ports at various locations on the upper Chesapeake Bay. The Maryland colonial General Assembly created the port (at Locust Point) in 1706 as a tobacco port of entry. The present city dates from July 30, 1729, and is named after Lord Baltimore, who was the first Proprietary Governor of the Province of Maryland.